Showing posts from April, 2021
Show all

Beauty on the Bad Days: What to do when the bad days return 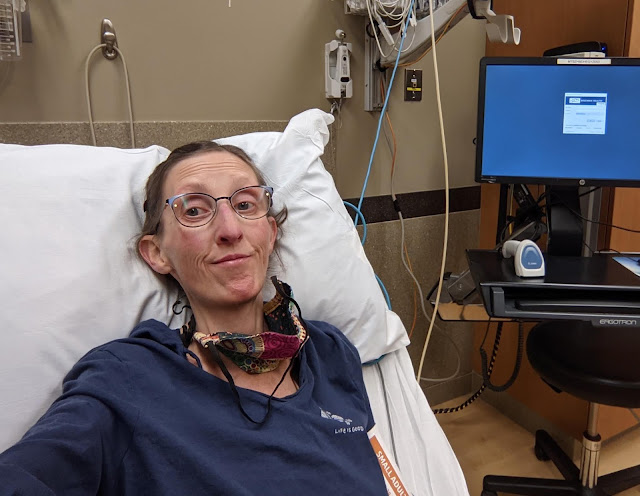 Four weeks ago, when anyone asked how I was doing, I would respond, “I think I’m on the upswing!” I know now that another down-swing was coming sooner than expected. It’s interesting that I chose that language, but I’ve always envisioned my health as a moving, cyclical, and repetitive entity. Images of pendulums and roller coasters have filled my mind as I sought to make sense of my ever-changing onset of symptoms. I’ve written vaguely about my health over the last several months, but you may not know that I’ve been dealing with severe issues since the beginning of the year that include feeling drowsy, dizzy, lightheaded, nauseous, and short of breath. I’ve been to the emergency department twice and had multiple teleheath appointments with multiple doctors in an attempt to figure out what’s wrong and how to treat it.  I made changes to my medications and reviewed blood tests, and I got better. Then a month later my symptoms returned, and I got worse. After a promising visit with my sle
Post a Comment
Read more
More posts