Showing posts from October, 2021
Show all

No Good Reason Necessary: Finding joy in the frivolous 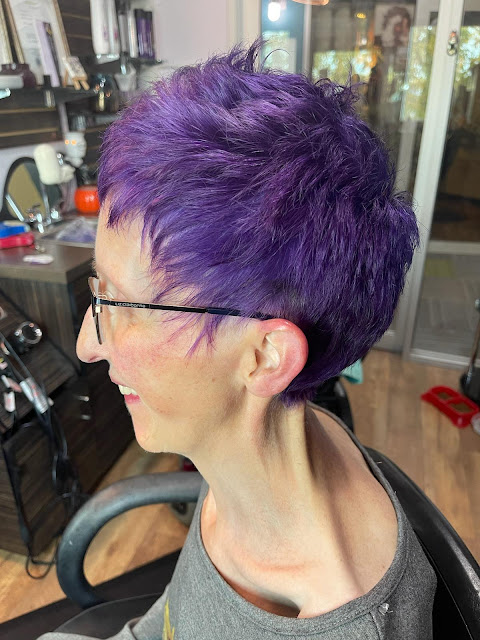 For decades, I've wanted to dye my hair a bright color, but each time I visited the salon, I'd go with something safe and traditional.  I convinced myself not to do it because "there was no good reason" I needed purple hair.   Instead I listed all the reasons against it.    It would just fade out, probably badly.    It would draw too much attention.    It would be unprofessional.    It would be a waste of money. But there's been a shift in my thinking. With the current state of the pandemic, I'm isolated and my routines and priorities have been turned upside down. What had once seemed an unwise, impractical fantasy now held the promise of novelty and whimsy. Any qualms I'd felt about other people's negative judgement began to fall away. The last few weeks have been rough as several of my concerning health symptoms from last winter have reoccurred. However, through guided journaling and an intentional mindset to live in the moment, I've been reorien
Post a Comment
Read more

Refilling Your Soul: The beauty of spontaneous generosity 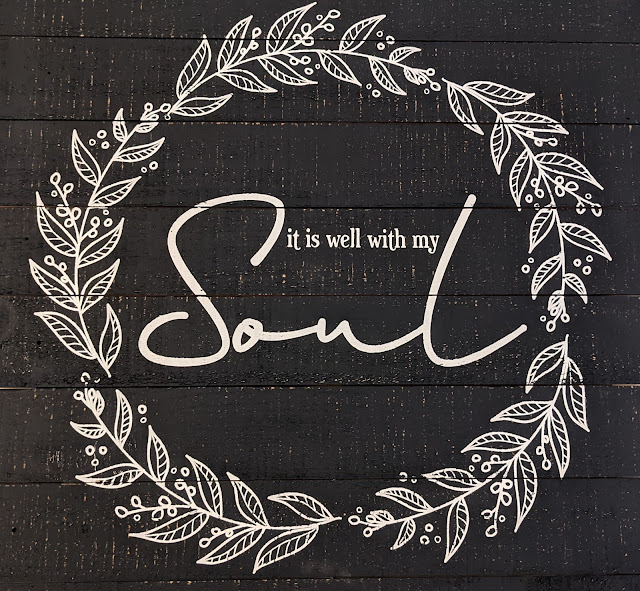 If you’re like me, you’ve been feeling the weight of the challenges and busy-ness around you. You’re tired all the time, and feel like you’re constantly playing catch-up with yourself and your family. The burnout is real, even for (especially for?) people like me who barely leave the house. Last week, I discovered a small pocket of rest and renewal in my routine. It was an experience that embodied the mantra printed on this sign (which was  one of nine gifts from my family  last winter when I was going through a dark valley). It is well with my Soul. As someone in the high-risk category for Covid with my severe respiratory condition, I’ve been avoiding public places and have been vigilant about masks and distancing. The choice to get a booster shot was and easy one, so I made an appointment at the health clinic hosted by the hospital. Along with my health and safety, I’ve also been paying attention to the stress and challenges my local hospital is facing. They are maxed out on beds, ov
Post a Comment
Read more
More posts