Showing posts from April, 2019
Show all

The Surprising Paradox of Beauty 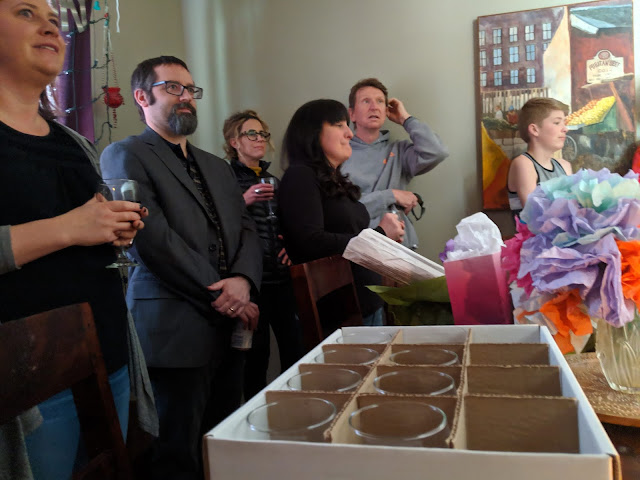 "Shhh! She's home!" I was with a group of anxious people last weekend waiting to surprise our mutual friend, Sara, for her 40th birthday. Her husband had organized the event and arranged for her to be out of the house while guests arrived. The room quieted down when we heard the garage door open. My heart was racing and my hands were shaking. Another woman was pursing her lips in anticipation. One man was standing rigidly with his hands clasped together. All of us were feeling the nervous excitement of the pending surprise, and we had made quite an effort for the last month not to spoil it in advance. How would she respond? Would she be upset? Pleased? Overwhelmed? It was as if we were on a roller coaster, chugging our way to the top of the first hill, seeing nothing but clouds in the sky and wondering what was on the other side. It was unbearable. It was wonderful. When Sara entered the room we yelled, "SURPRISE!" and began to sing Happy Birthda
Post a Comment
Read more 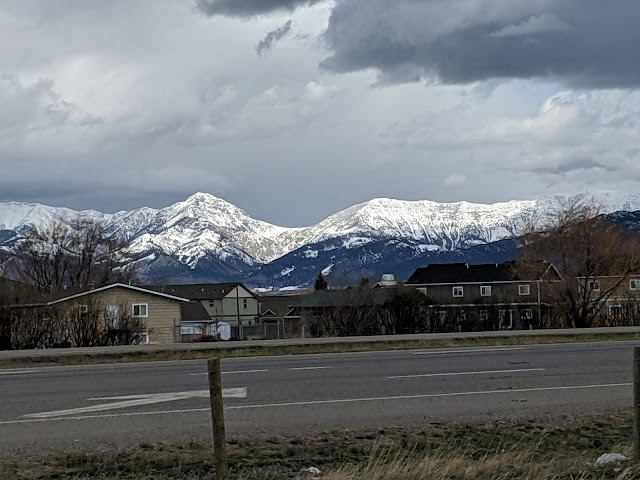 This winter has been especially gray. Usually, along with the expected long winters in Montana,  I can count on the sunshine to brighten the season. This year however, it seemed as if the sun would never fully return as it was obscured day after day by snow or dark clouds. Also gone from sight these past few months were the mountains that surround the valley where I live. I didn't realize until they were no longer visible how much I depended on the giant peaks to anchor and reassure me of my place in the world. So when the first blue skies of spring popped out, I was taken away by their beauty and felt my soul being refilled with life-giving energy. I wanted more. Last week, I was driving home from a rough physical therapy session to treat severely tight neck and shoulder muscles. I was still focused on my sore and stiff symptoms when suddenly the Bridger Mountains came into view. The sunlight was as brilliant as a spotlight, and it made the freshly-fallen mountain snow gleam
Post a Comment
Read more

The Beauty of Alternative Medicine 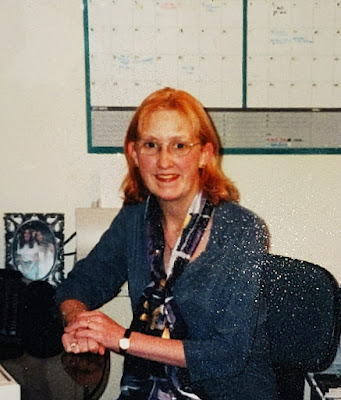 I was twenty years old when  I first encountered alternative medicine while working as a receptionist for a chiropractor. I grew up with a conservative, traditional model of health care - when you get sick, you tough it out for three to five days, and if you get worse you go to the family doctor for a prescription. Holistic options were discounted as quacks, charlatans, or frauds. Yet as I got to know the world of chiropractic, naturopathic, and other alternative health care providers, I discovered a depth of untapped, often ignored knowledge. What began as an interim job became a trusted resource for medical concerns.  Keeping an open mind, I was willing to try many forms of alternative methods over the years to come. Fast forward to last week. I was having episodes of vertigo and related vision problems, so I brought it up at my regularly scheduled acupuncture appointment with Susannah Freeman-White . I told her that several of my known medical issues could be causing dizz
2 comments
Read more

The Beauty of Accepting Help 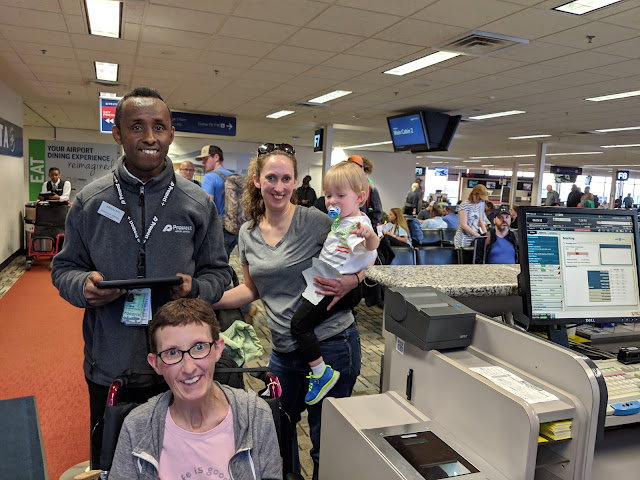 I could not have made it through this weekend without help. My grandma passed away last week   at age 95  in Missouri, where she had lived for over seventy years.  To attend her funeral services I had to figure out how to get there with my limited physical abilities and my necessary medical equipment.  My usual companion is my husband, Shawn, but he was unavailable to leave town. My parents were making the thirteen-hundred mile drive, but that would be five or six days in a car, round trip; not feasible for my schedule or my body! My only other choice was flying, but I knew it would be near impossible to travel by myself. This is where the first helper stepped in - my sister, Kara. She found us flights leaving early Friday morning and returning late Sunday night and gladly agreed to haul my luggage and push my wheelchair in addition to managing her own belongings and her two-year-old son. Upon arriving at the airport, it was clear that we were going to need help.   Items to c
Post a Comment
Read more 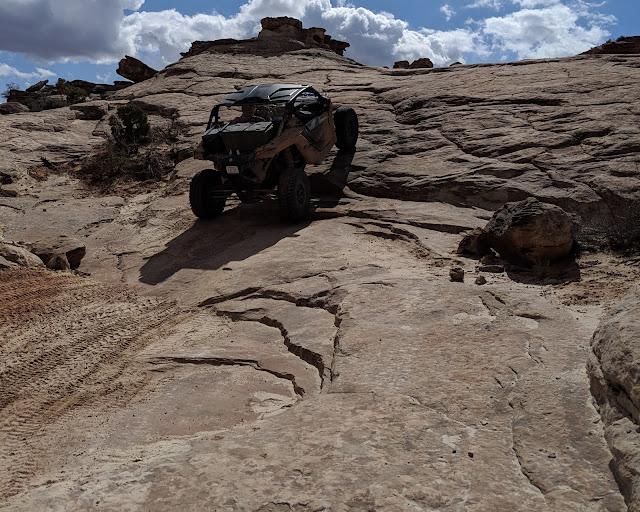 I hope you aren't tired of hearing about trails! This is the last part of the series on the things that years of riding has taught me, and it has the most important lessons. (Read Part 1 and Part 2 ). Just over a week ago, my husband, Shawn, had an accident with our UTV (side-by-side). I had stayed back at the camper with the dogs for a day of rest, but he had a friend in the passenger seat. Shawn was attempting to cross a wide, deep crack on the trail, and when the machine began to tip over, he was unable to save it by applying gas (a common strategy). He ended up spinning around and landing on the UTV's right side, pinning the passenger's arm between the ground and the door. This set off a chain of events that seemed like a series of divine doorways, perfectly aligned for optimal outcomes. Immediately, other riders who were passing by came to assist and swiftly righted the vehicle. This was especially fortunate because trails don't often have a lot of
Post a Comment
Read more
More posts